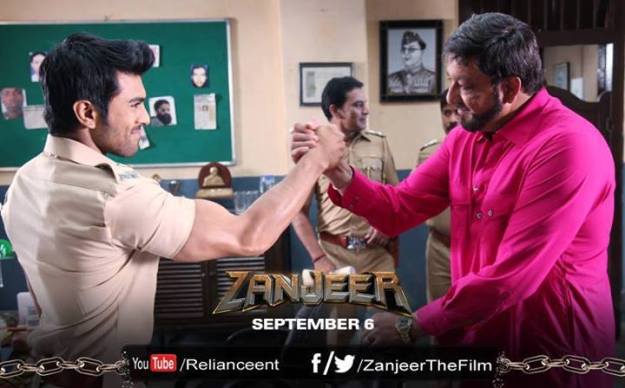 Introduction: The original Zanjeer was not a cult classic yet was a good movie. Its remake is no different.

Premise: An angry cop and his angst against the system. A revenge saga that is brutal yet very fresh and convincing.

Plot: Same as the Bachchan original.

Acting: Ram Charan makes an impressive debut, he was never going to be compared with the legend, but still if comparisons are drawn he has performed no less. Priyanka is in to do very little. Mahie Gill & Prakash Raj have done a splendid job. Watch the two when they spoof Bindu & Ajit from the original. It is hilarious.

Tech Spec: The script is very well crafted, retaining the essence of the original and meshing it with modern day drama can get very confusing, but the writers have got this one spot on. The action of the movie is very well choreographed. Apoorva Lakhia holds the film together very nicely. He has smartly created an intelligent masala potboiler.

Kela Moments: None to be honest.

Citizen Kane moment: The scene of Mahie Gill & Prakash Raj spoofing Ajit & Bindu, the opening scene where Ram Charan bashes up a goon on the streets with Chiranjeevi’s poster in the background. The one-liners which are used judiciously and generate laughter.

Ram Charan stands out as the men amongst the boys!!!!

Ankush Kumar continues to write on why fighting the devils of the world is the only way to fight depression and how zillions others are doing it day-in and day-out. Suicide to him is the easiest escape route and unfortunately, that would not just kill depression, that will kill the self too, so how is that a victory?

We all know how difficult it is to live up to people’s expectations. If you haven’t encountered that yet, then I bow my head to thee! For all remaining commoners like me and scores of others if you are reading this post after facing several lows in your life, after going though frustration of failures, after feeling the heat from your staunchest critics, then mate welcome to the ‘ALIVE CLUB’.

This club has its presence across the globe, the entry fees to this club are free but the cost to remain inside the coterie is extremely high. It takes tremendous amount of courage, sweat in gallons, wounds that cannot be cured with any medicine and lots of strength to counter the politics within to eventually make it to the platinum section of the club. Very few from each part of the globe are platinum members; these are the heroes we all look up to. These are the ones who smiled from one failure to another and moved up the ladder of success. They are the ones we all dream of emulating during our growing up years.

The second category of members are the Gold club ones. These are people who are successful in their own little way, but are still striving to reach the platinum section. For example Sanjay Dutt an actor from Bollywood, who has millions of fans, people aspire to have a personality like him, but the man is still going through tormenting times in his life. But the fact that he is still fighting the demons makes him a privileged member of the ‘ALIVE CLUB’. Then we have the third category the largest one in the club.

The general members, who day in and day out strive in their own respective fields, fighting different kinds of demons at home and work place to make a mark for themselves; these are the ones whose first goal is to make it to the silver club. Gold and platinum for them is still a distant dream. The journey for them is the toughest indeed; they have to fight a syndrome called depression which they encounter at a regular basis. In a world where competition is nerve wracking feeling like giving up on life is the easiest escape route. Some succumb to the pressure and hence lose the privilege of being part of the ‘ALIVE CLUB’, while the others keep the battle alive.

The counsellors around the country have been writing shorts on depression and how we should not ignore it ever since a tinsel town actor committed suicide. Nobody ignores the aspect folks; it is just that ‘we general members go through that fear of losing hope day in and day out’ and we are the best judge for ourselves on how to encounter the challenges, adjust to our new changes and move on. If the mind is suppose to be the best doctor for ourselves then depression is curable too.

What is not curable though are the invisible wounds that we commoners encounter every day. These wounds cannot be healed with any medicine. The only cure is ‘TIME’. But some people choose to defy the clock and land up doing something as stupid as committing suicide. The ironic part is that ‘suicide’ is a criminal offence in the world, but the deceased won’t even be tried in the court of law.

One court though will always ask us questions, one person will judge us on our achievements and at that time we should have the right answers. Did we do justice to the gift given to us by GOD? Did we squeeze out the last ounce of talent given to us by him? Did we survive and enjoyed the journey inside the ‘ALIVE CLUB’ or did we commit a sin and betray his faith reposed on us?

P.S: Expectations is the mother of all miseries, I am under scrutiny after my first post today. Even if I fail, I surely won’t commit suicide.

Here is a Twitter fun take on Narayan Murthy’s comeback to Infy at Rs. 1.

Karthik Srinivasan (@beasttrall): Tell me Airtel doesn’t have a hand in Narayana Murthy and Rohan Murthy getting Rs.1 token salary.

Vivek Mishra (@vivekhr): Rs 1 pkg for Narayanmurty? Under GOI definition he is BPL

Ishita Vaidya (@Mindswish): Rs 1 is in trends. Then what about @kamaalrkhan who always tweets bad about #2rsppl. He should feel jealous about it.

Amit Malviya (@malviyaamit): This token salary of Rs 1 is a great idea, especially when someone else opts for it ! 🙂 #Infosys

Varun Taneja (@varuntaneja09): And I thought Rs 1 trend was another petrol price shoot UP !

And how could BCCI be kept out of anything.

Keh Ke Peheno (@coolfunnytshirt): N Srinivasan: Whats the big deal with Narayana Murthy.. Even i am ready to stay on as BCCI boss for a token compensation of Rs 1 per year.

Joy Bhattacharjya (@joybhattacharj): While it will certainly boost morale at Infy, don’t you feel that there’s another board that needed Narayan Murthy even more..

Soumik Sen (@bangdu): BCCI couldn’t get Narayan Murthy on its board because when he asked for Rs1 they thought he wanted to go out and toss the coin.

Mocking Now (@mockingnow): Narayana Murthy as Executive Chairman at Infy will get Rs 1 per year. Sanjay Dutt as a prisoner in jail would earn more than Rs 9000 a year.

Picture used belongs to its maker on the internet. We are grateful for being able to use it. 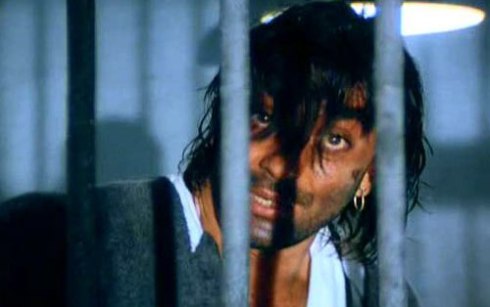 Some say he has faced enough hardships in 20 years to be pardoned; some say he has done some good films which worked for societal improvement and hence has worked for societal good, some go to the extreme saying let bygones be bygones, he is a changed man so pardon him. I though find Six very important reasons why Sanjay Dutt should not be pardoned.

Let’s be honest here. If today this man is pardoned, tomorrow Salman’s followers would come out saying he started Being Human, see he is doing societal good, he does not bang actresses houses too these days. He is a changed man, please leave him (that if he is pronounced guilty in the hit-and-run case). Do we want a scenario like that or we better respect the apex court ruling. Let the man face his actions, let him stay in jail, in any case its far too less for the crimes he commit. 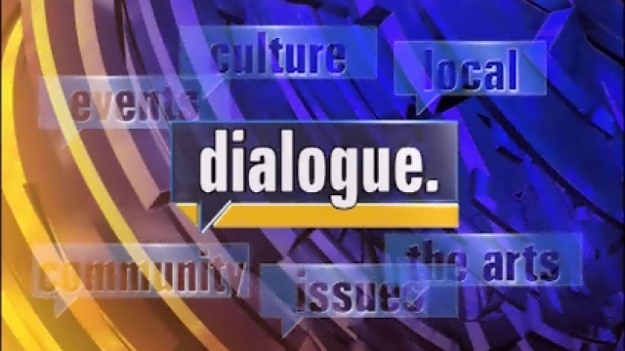 A charade of germane imbroglios that continue to persist in our society, by a larger malaise, is the juxtaposition of ‘knowledge and awareness’ by way of entertainment. As self-styled as it might seem, with the recent controversy stalling the Sri Lankan players and the IPL, one might seem to fathom the very existence of the war crimes in Sri Lanka. 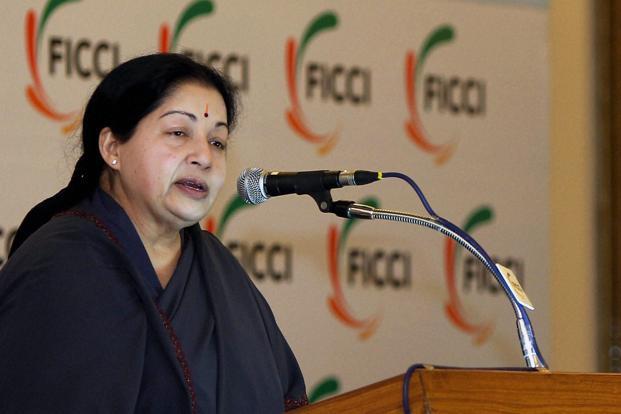 One might hitherto go without saying that the awareness of war crimes, diplomatic treaties, plight of the Sri Lankans should be dealt by the education system, dialogue with the society at large and the media, although a simple pretence of the IPL had the common man, discussing these war crimes by Sri Lanka, which should have been done by society and the education system taking the lead.

Taking the case of the controversial movie ‘Dam 999’ which the Tamil Nadu government banned because it felt, would disrupt the cordial relations between Tamil Nadu and Kerala and the very recent ‘Sanjay Dutt’ case. The former controversy educated the public about the Mullaperiyar Dam and the latter indirectly educated a larger sector of the audience about the Mumbai blasts of 1993. 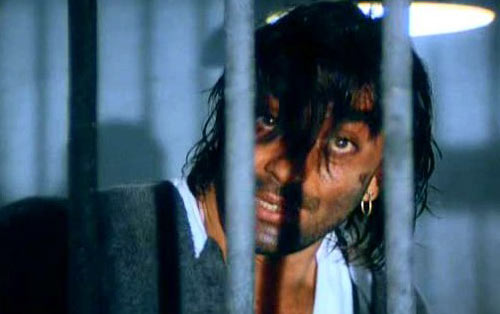 The role, which earlier was reflected by our education system and our interaction with the society, has in this digital age upped its ante by giving credo to entertainment. A bright side of my argument sets in, a society which largely feeds on entertainment does get the required amount of awareness from entertainment itself. It is in these areas, entertainment has played a much larger part in dispelling thought-provoking-awe-inspiring discussions which other forms of knowledge should have gained traction over.

Some say he has faced enough hardships in 20 years to be pardoned; some say he has done some good films which worked for societal improvement and hence has worked for societal good, some go to the extreme saying let bygones be bygones, he is a changed man so pardon him. I though find Six very important reasons why Sanjay Dutt should not be pardoned.

Let’s be honest here. If today this man is pardoned, tomorrow Salman’s followers would come out saying he started Being Human, see he is doing societal good, he does not bang actresses houses too these days. He is a changed man, please leave him (that if he is pronounced guilty in the hit-and-run case). Do we want a scenario like that or we better respect the apex court ruling. Let the man face his actions, let him stay in jail, in any case its far too less for the crimes he commit.