The first line that strikes my mind is, Can only holy people like Dalai Lama rise above criticism, stereotyping and judgement? I just give it 30 seconds gap and realize that it’s possible for every human to do so. I have seen those rare people who initially shun away from these three actions or habits and finally develop an ability to be silent. Yes, these are just 1 in 100 persons and this quality is definitely worth the admiration.

“(Stereotyping) is only for those without the imagination to see people as they are instead of being like someone else they understand.” ― Tom Clancy

Stereotyping is taking a shortcut. People like to classify based on appearance, skin, colour, age, caste, religion etc. It ranges from most silly thoughts to some serious ones. If we think that stereotyping is a small thing, let us go one step backwards to realise that it has caused the greatest atrocities (Believing all Muslims are extremists which is one of the most ridiculous thought process).

It’s good to be mindful of the fact that each person is unique and generalisation creates barriers. If an effort can be made to know people as individuals and rejoice in the differences that make us individuals, it will slowly remove stereotyping.

“To avoid criticism say nothing, do nothing, be nothing.” ― Aristotle

The ability to criticize is indeed a positive quality when used in right context at the right time and place. Criticism needs a review considering the frequency at which people have been criticising everything over the years. Millions of people criticise Sports, Government, Law, Movies, la vie quotidienne (Daily Life) and there is a never ending list. Considering the lack of action by our own people, it’s better to empathise rather than criticise. And again there is this rare category of people who simply don’t reprimand whatever happens. Such people really deserve appreciation only if they have altruistic personality traits. It’s quite easy to be selfish and avoid censure.

“If you judge people, you have not time to love them” – Mother Teresa.

What a quote! I just can’t stop wondering at the brilliance and depth of this quote. Judgment creates discrimination, predetermined mindset, leads to stereotyping, increases conflict and breaks the harmony. To be in the realm of peace, we need to rise above judgment.

To name a few, I feel Sachin Tendulkar, MS Dhoni, Shahrukh Khan have been criticised a lot. To be at the receiving end of non-constructive criticism and maintain a calm demeanour is truly extraordinary. So I felt, it’s good to sign off by remembering these wonderful people. 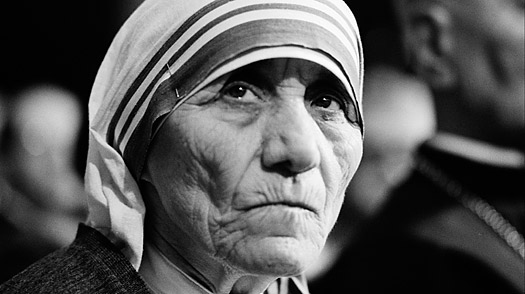