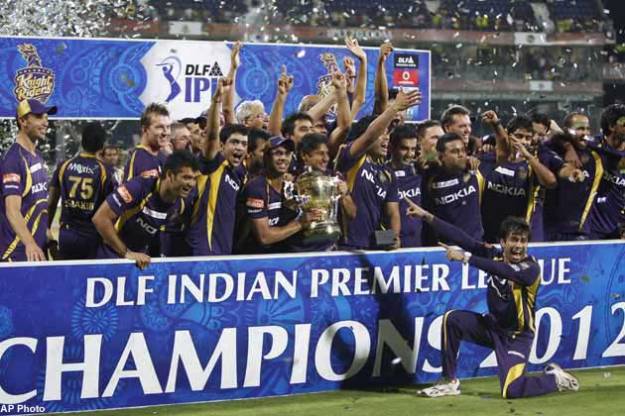 As KKR lose another one, Ganesh Subramanian writes why he thinks Kolkata Knight Riders might not win the IPL 6.

Captain RED: I call Gambhir captain RED because he has been a personification of anger all through the season, yelling and screaming at the bowlers and fielders. He looks more and more like a wrestler in a steel cage match than a senior pro in KKR. One could argue that Gambhir was always aggressive but venting out and yelling at players especially when your team is losing is not the right example that is expected from a captain. He can take a leaf out of MS Dhoni’s books but will he, considering the love-hate relationship between the two.

The Unreliable Mr. Reliable: Jacques Kallis has struggled with the bat thereby negating the team’s need for stability at the top of the order. In previous seasons, when Kallis opened the innings he generally batted as many overs as possible thus making the other batsmen revolve around him or if he batted at one down, in the case of quick wickets, he provided the much needed stability to the middle order. This is lacking this season and Kallis lacklustre batting has robbed KKR of the stability needed. Although his bowling still remains potent, KKR would be expecting more form the bat of the South African veteran, if they are even to be in with an outside chance of making it to the playoffs.

Yusuf “Flop” Pathan: Yusuf Pathan has become a liability for KKR. With a reputation of a big hitter, he has hardly done anything to preserve the reputation this time. Even changing positions in the batting order hasn’t helped his cause. Although he has chipped in and been amongst the wickets, KKR needs Yusuf – the exploding dynamite, rather than a handy offie.

Over dependence on Sunil Narine: Although Sunil Narine has been among the leading wicket takers in the tournament so far, the team’s over dependence on him has left Gambhir with few options. GG tends to use Narine often after the 12th over, thereby rendering the opposition’s batting onslaught ineffective. But as CSK showed the other day, on good batting tracks, the threat of Narine can be countered. The only wicket that Narine took in the match against CSK was more of the batsman getting out trying to up the ante rather than Narine outfoxing Hussey. Teams have started to play out Narine or better still attack him on flat batting tracks.

While die-hard KKR supporters may argue that these problems can be fixed before the end of the season and Kolkata can reach the playoffs, I think it’s difficult especially with Kolkata on 6 points with 3 wins in 9 matches. They have to win 6 out of the remaining 7 matches which is a tough ask.