All of us know the story of the Little Mermaid. And some time or the other, all of us have wondered whether these humans with fish tales really exist! Are they myth or reality? Sampurna Majumder delves into the reality behind the myth. 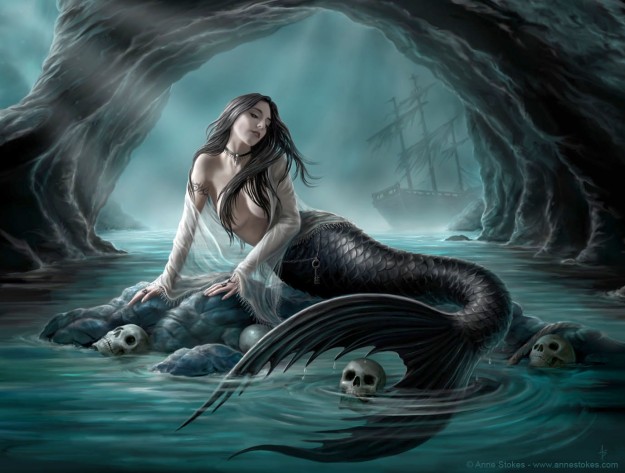 “First you will come to the sirens,
Who enchant all who come near them.
… and warble him to death.”
– The Odyssey.

A girl with a tempting body, which ended up in a fish tail – frequently found its place in Mediterranean, Greek, African and South American legends. Homer, Ovid and Anderson described them, Odysseus paid them a visit and numerous Renaissance painters painted them that way: human above waist and fishy below.

On his return voyage home, Odysseus is warned about the sirens, which by their charming songs lured the sailors thereby bringing in their doom. As Odysseus and his companions reached the Sirens’ Island, the sea was calm and over the waters came notes of music so ravishing that Odysseus was almost tempted.

However, his obedient companions remembered the warning and tied the former to the mast of the boat and sealed their ears with beeswax. Gradually the music became fainter till it ceased to be heard. All of them were saved from the hands of death, Odysseus was released and they celebrated the occasion. It is said that one of the sirens, named Parthenope drowned herself in grief. Her body was cast upon the Italian shore where now stands the city of Naples, in early times called by the Siren’s name. 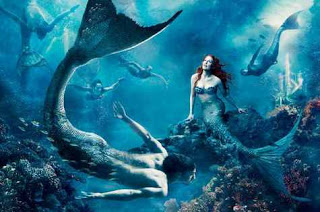 In Greek mythology, the sirens were sea nymphs who lived in an island called Sirenum scopuli. They were dangerous bird-women or fish-women who lured the sailors to their melodious tunes thereby causing their death. The sirens of ancient Greece had bird’s abdomens, which at a later stage became fish tails because they occurred mostly in and around water bodies. This gradually gave rise to the concept of mermaid, as we know them today. In the nineteenth century, the Danish writer Hans Christian Anderson immortalized this creature in his fairy tale.

The Little Mermaid (1837), where she falls in love with a human prince who once sailed into the sea. Anderson’s story had such a huge impact that later in the early twentieth century a statue of the Little Mermaid was erected at Copenhagen, Denmark, which happens to be a favourite tourist haunt till today.

But how this myth or concept of the siren/mermaid came into being? It is believed that it were the
ancient sailors who created this myth. Earlier, the dugong or manatees, an aquatic mammal abounded the coasts of the Mediterranean, Red Sea and the Indian Ocean. Greek, Phoenicians and Egyptian seafarers had observed these animals in Arabian waters as well. When they observed a herd of dugongs from a higher point of view such as a cape or masthead, they saw elegant slender creatures passing by with graceful yet powerful movements of their tail fin. 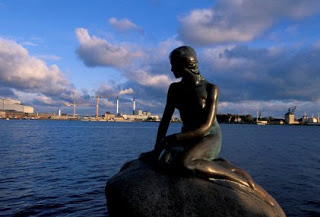 However, it was a disappointment for modern time witness – Christopher Columbus wrote – “…at the coast of Hispaniola, I saw three sirens; but they were far less beautiful that Horaz described them.” Several human like features distinguish these mammals from other marine mammals. The females shed tears when excited and the way a dugong mother cuddles her suckling baby in her arms, surely touched the Hellenic sailors. Back home they remembered these features. Thus the
mermaid myth was born, as we know it today.

Whatever may lie beneath, reality or myth, even in the twenty-first century, this mysterious
creature still continues to enthrall all and sundry.