Sampurna Majumder continues with the series about her stay in Kolkata. 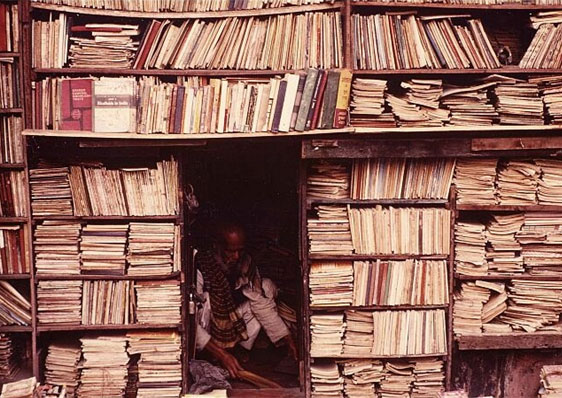 Since the Boi Para or College Para was a new addition in my daily routine, I used to look forward to it, every evening. Reaching the university campus was an adventure in itself for me. For I somehow, always felt the ride to be bumpy all along. Though I boarded the same bus everyday, and got down at the stop nearby, I invariably lost the way, criss-crossing through the by lanes of the famous Kolkata locale.

After much ‘tribulations’ and walking through almost all the by lanes I would finally reach Ashutosh Building. Our classroom was in the first floor. Walking down the long, dark corridor was enough to take me down the stairs of nostalgia. As I entered the classroom and occupied a seat for myself, I found myself sitting amidst unfamiliar faces. Minutes later I saw K and S making their entry. My eyes greeted them and vice versa.

I always found sitting in the class to be quite boring. Specially the lectures on printing. Though this was a completely new arena for me, I could not help but to doze off in between lectures. I yearned for the break very much so that I could rush down to grab a cup of tea. K and S would invariably join me. Me and S shared a common interest, tea. We both just could not stop having enough of this beverage.

Somehow the tea stall down the road just below the university building, had its own charm. Sipping tea from a kulhar (small mud pot) on a busy evening had its own magnetic appeal. Me and S would sometimes bunk classes only to catch a sip of the heavenly tea, or at least it seemed so to us. We would spent hours chatting over numerous cups of tea. We loved each other’s company.

Sometimes we would walk down to footpath lined with bookshops to indulge in shopping which would simply touch our intellect just like a tangent. We would spend hours with the bookseller to reduce the price of a second hand or probably a third hand John Grisham thriller to almost seventy-five percent. Nonetheless we loved it. I was finally experiencing what I possibly missed out as a college going Kolkatan would indulge into.

The hours after class was a welcome change for all of us. We would sit at the staircase of the central library and go on chatting for hours together. We actually indulged into what the Bengalis fondly call an adda session. Finally I was blessed enough to taste the Kolkata College Life or more precisely life at the famous College Para. I was living my young adolescence and of course loving it.

Sampurna Majumder narrates her sojourn to the City of Joy for a year. Although born and brought up in Kolkata, her perspective of the city changed when she returned to Kolkata after a Sabbatical of five years.

Kolkata, popularly known as the City of Joy, is considered to be the cultural and intellectual capital of the country. Locales, such as the College Street Boi Para and the Coffee House will stand witness to this statement. These are the hubs within the city that beam with intellectuals and budding artists. This the city’s nucleus where one will find some of the best minds flocking. 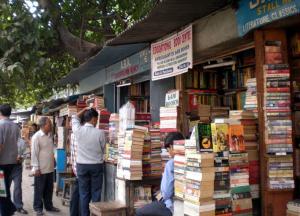 Bookshops or rather kiosks strategically positioned all along the footpath is an unique attribute of the street. Apart from these, the street definitely boasts of an array of premier institutions, right from the University of Calcutta to Presidency College. This is where the youth of Kolkata comes to life. Comes to live life.

However, I belong to the category of the not-so-lucky ones to have lived the experience. Though this city happens to be my birth place, I never really got to experience or live my youth in this city, because as a young adult, I moved to a different city, probably in pursuit of something ‘bigger and better’. Nonetheless, my destiny took a different turn when I returned to the city after a hiatus of six years. 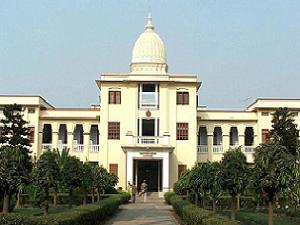 My hands were empty just as my mind was. I had completely lost control of myself. Could not figure out what to do with my ‘doomed’ future, as my Mom said. After sitting idle at home for five months I enrolled for a Diploma at the prestigious Calcutta University. I thought probably this would give some meaning to my meaningless life, a direction to follow in my seemingly directionless life.

Classes were held in the evening from 4pm to 7pm. Thus began my year long association with the age old renowned university and more importantly the College Street.

I still remember my first day at the university. Despite my mother’s explaining the bus route and the stop, I lost my way to the university the very first day. Nonetheless, I managed to reach the esteemed institution after a long walk from MG Road. While walking down the street I could not help but stare at the kiosks and the booksellers in awe.  The amount of knowledge these people had regarding books! Books from almost every field from literature to science to engineering, law, competitive exams. The list moves on.

A week into classes, I had made a few friends with whom I started hanging around after classes. It was then that I began my tryst with the intellectual hub of this age old city. I shared a good rapport with K and S. However, what was interesting was, the variation in the age group of the students. Since the course specified that there is no age limit, the eldest student was a retired college principal of sixty-five and the youngest being a fresh graduate of twenty-one. This distinction made it unique and all the more interesting to know and associate with people with myriad personalities. Somehow, I could feel a certain flamboyancy raging through, whenever I interacted with the group.

We first met at the College Street campus of Calcutta University. Little did I know that the year long association would leave behind such indelible impressions, which would force me to pen down a memoir, after much time has lapsed and I have again moved away from Kolkata, probably in pursuit of my dreams.