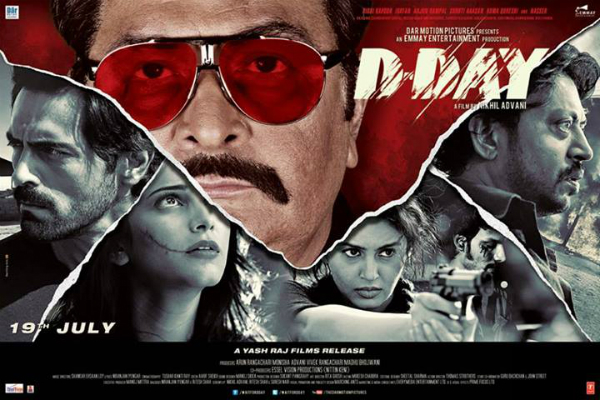 The movie goes beyond the plain logistics of the ugly world of espionage to try and put a human face to the people who lose everything and gain nothing in their line of work, says Jaideep Ghosh

The movie’s momentum is built up right from the first sequence, as a catchy version of ‘Damadam Mast Kalandar’ sets the pace which is sustained remarkably throughout the plot by director Nikhil Advani. The tempo has its ups and downs in terms of speed but doesn’t lose the momentum of intensity at any time.

Within that framework, Advani has been able to push through the human tragedy that espionage can be. Wali’s wife and son are used as a handle by the ISI to try and snatch Iqbal back, tearing the spy between country and family. Zoya’s marriage falls victim to her work while Rudra’s love is a death sentence for a Pakistani prostitute (played brilliantly by Shruti Haasan).

It’s a movie about how human tragedy can even work as a catalyst for people to go so far beyond the realms of realism in an effort to achieve something. Also, it shows how these people, operating in the shadows, are no one’s children (RAW frantically tries to disown them when the plan threatens to fall through).

Rampal is sculpted to near-perfection, but Advani decided not to load him with excess histrionics, which worked fine. Huma is good and Irrfan, who has set a high benchmark, does sometimes threaten to look like the same guy we saw in other movies. Rishi Kapoor is at his cynical best while Haasan and Shriswara, as Wali’s wife Nafisa, have really done extremely well.

The music, if you have the patience to appreciate a good score, will keep you spellbound, especially if you can appreciate the mix of music and picturisation.

Once in a while comes a man who does not even try to be part of the crowd? There are many who believe they possess certain inherent qualities that will help them be part of the masses easily.

But individuals like Anand Gandhi choose to wait relentlessly for their time to come, and today it’s his day. The day ‘Ship of Theseus’ sails into the hearts of many film lovers. This movie instills pride in you for being part of a humble but subtle audience that craves for true cinema. It shakes up the inner core of your emotions and guides you into a spiritual journey.

The story is set in Mumbai about three individuals and the impact on their lives after certain circumstances. The name of the movie comes from a Greek philosopher’s musing ‘ if a ship is changed plank by plank, log by log, will it be the same as it started out to be’? Anand Gandhi’s film goes through a similar pattern of fate.

The first story is of a photographer whose life changes after a cornea transplant,
the other one of a man who is against animal testing in India and third of a man who has just been donated a kidney. It’s a movie where the actors have put in their hearts and soul in bringing forth the dilemmas of their journey.

The cinematography by Pankaj Kumar is outstanding keeping in mind that most of it is done hand held. A special mention has to be of actor Neeraj Kabi who stands out amongst others. His performance will draw comparisons with Tom Hanks in Philadelphia.
Lets celebrate the courage of Anand Gandhi and his cinema.

In the news today, among other more immediately critical things, is this news about a paintings exhibition in Bangalore (http://www.ndtv.com/article/cities/in-bangalore-moral-policing-means-three-paintings-face-the-wall-326900?pfrom=home-otherstories).

What’s the big deal about a paintings exhibition? Isn’t it just about some people only putting their expressions on to some canvas? who has time for that right? To be quite honest, I think it would be a big deal when a painting exhibition was actually not a big deal. Sadly, we are not there yet.

So what happened was that in this paintings exhibition, there were some paintings showing a few Hindu Goddesses in the nude. A local BJP ‘leader’ walks in and sees these paintings and flips out. He ensures that those paintings be put inside out, so that no one can see them. He said “I have reported to chief coordinator of Chitrakala Parishat saying you people should not show like this, Hindu gods and all. We have our own belief, we have our own culture…”

When I read this, I had a mixture of feelings inside me. Besides the obvious questions like ‘who the hell is he to be the representative of Hinduism’ (I am sure Lord Ram didn’t send him an appointment letter, because I think God likes me more than this BJP leader), I was more anxious because I see a special type of slow rape and murder happening here. That of freedom. Not only of speech, but to exist freely. Given that this rape of freedom a slow process, I am sure the government wouldn’t care to fix this, as this doesn’t affect the elections in 2014, or the local Karanataka elections, whenever they are held.

This is an urgent problem. Not only in Karnataka, but in Tamil Nadu with Viswaroopam, or with the late M.F. Hussain, or with the painters in Ahmedabad whose exhibition was vandalized, or with Deepa Mehta for making Water. The list goes on. And this list scratches our faces with its iron finger nails telling us that you must live in servitude of those who can walk over you whenever they feel like.

Anyway, back to the news. The father of the painter issued a statement: “There is absolutely nothing objectionable in his paintings. If that is so, then all temples should be destroyed.” After reading this statement, I had another mixture of feelings ride inside me. One of which was that of desperation. You see, in the older times people seemed to have more freedom of expression. They ‘could’ sculpt Hindu Goddesses in the nude. And those sculptures were integrated into temples. In 2013, we have regressed to a time even before them. Maybe stone ages where the whims of a petty local politician were taken to be a decree more critical than the dreams of Rabindranath Tagore.

Of course we could not have one more than one Nobel in literature. For that, we’d need to coexist in this century first…

The Oxford English Dictionary describes “painting” as ‘the act or art of using paint to produce pictures’. Many of us cultivate painting as a hobby. But, are you aware about the major forms of painting and the main elements that form a part and parcel of painting? Lets ponder over them a little:

Real Life: Such paintings capture life in action – busy street, beach party, dinner gathering or any place where life activity is going on. 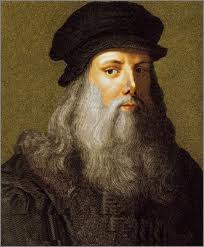 Landscape Painting: It deals with the depiction of natural scenery, like valley, mountains, rivers and forests. The subject is usually a wide view with coherently arranged elements. Sky is almost included in all landscape paintings. Famous landscape painters include names like Claude Lorraine and JMW Turner.

Portrait Painting: In this genre, the intent is to depict  the visual appearance of the subject. Usually portrait artists create an work of art after they have been commissioned by patrons. Historically, portrait paintings have primarily been the forte of the rich and the powerful.

For the elements of painting – wait till the next time.

Sampurna Majumder delves into the evolution of visual arts.

As kids we indulge in various activities – playing, painting and much more. As adults some of us nurture serious hobbies like photography, travelling or drawing/painting.

Coming to painting. We all know about the Mona Lisa – da Vinci’s famous painting. Let’s delve into the evolution of the same?

Art forms that create work which are primarily visual in nature is referred to as visual arts. Examples in this category include drawing, painting, sculpture, designing, crafts, photography, architecture and even filmmaking. Though spanning such a broad spectrum, the term artist was earlier restricted to a person working in the arena of fine arts until the Arts and Crafts movement (1860 – 1910) took place in Britain. The artists of the movement valued vernacular art forms and also emphasized on painting.

Origins of Drawing and Painting

How do we differentiate the two? Well, drawing refers to making an image using tools and techniques, and also extensive use of dry media such as pen, ink, crayons, colour pencils, charcoals and pastels.

Painting on the other hand is the practice of applying pigment to a support such as canvas or paper. However, artistically put, it is a medley of drawing, colour composition and of course aesthetic considerations.

The history of drawing can be traced back to the Paleolithic Age. Cave paintings are known to exist in ancient France, Spain and also some parts of India. Ink drawing on papyrus depicting human figurines are found in ancient Egypt. By the 15th century when paper became prevalent in Europe, drawing was adopted by masters such as Michelangelo, Leonardo da Vinci and Sandro Botticelli.

Like drawing, the history of painting can be traced back to some 30000 years. Lascaux and Chavet caves in southern France bear evidence to the paintings of bison, cattle, deer and horses.

However, painting and visual arts reached its high period during Renaissance. From Giotto in the 13th century to Raphael and Leonardo da Vinci during the 16th century, visual arts and painting opened a completely new window to the world.