Summary: Iron Man 3 shows up why the west is so ahead of us in filmmaking. For those who have always felt the primary reason is money that they invest in technology, this one will shove the theory in their back. Frankly the comic (Iron Man 3) ain’t great but the way Director Shane Black has brought humour, action, and intelligence together and woven a screenplay that so entertains talks about filmmaking intelligence which we lack in the days of Himmatwala remake. Overall a great film with extraordinary acting by Ben Kingsley and hats off to Robert Downey Jr. He as Tony Stark continues to overshadow all super heroes till date.

Plot: Tony Stark (Robert Downey Jr) in the beginning does not resemble any bit of what we know him as. A party animal and one-night stander that we know him as appears a humble and broken figure after his exploits against Loki in The Avengers. Down with anxiety attacks and insomnia, he is fighting the ills inside as a bigger evil sets his sight on America. Mandarin (Ben Kingsley), a terrorist mastermind who looks like having been modelled on Osama Bin Laden sets out to destroy America. Stark gets beaten black and blue in the first fight with Mandarin’s henchmen but once he gets back his energies and finds his way out of anxieties, Tony Stark becomes too hot to handle for Mandarin.

How can we speak of Iron Man and not speak of his lady love. Gwyneth Paltrow’s Pepper Potts gets more importance in this one. Paltrow definitely knows when to call shots during her dialogue delivery and her control on her screen presence and dialogue delivery is phenomenal.

We feel that if we talk of the acting skills of Ben Kingsley, that itself would be a honour for us. It is he who actually puts in life inside the character of Mandarin and frankly Kingsley’s performance and his portrayal of Mandarin are the stealers of the film.

The only let down is the climax. The final fight scene does not live up to the expectations built thus far. Overall the 130 minutes is kick ass drama for any comic book buff who has been engaged by super hero thrillers. Downey Jr again plays his best and delivers one liners in an engaging manner that only he can. And yes, for fans who want more, this is not the end of the series, wait for more thrill coming soon. 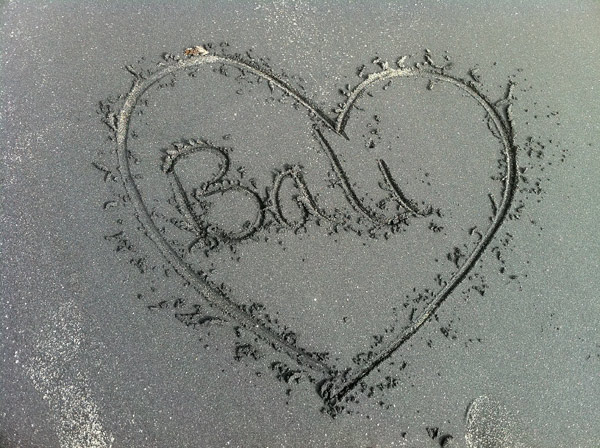 Having been to Bali recently, I thought to share a guide to the lovely island. I booked my holidays via a travel agent because South East Asia looks to be a troubled place on the internet for all kinds of nonsense. Bali, though is a wonderful place. Beaches, Bikini Babes and some great sights make the island a must see for travel enthusiasts.

The island city though has had its share of troubles. In October of 2002, Kuta, a very happening part of Bali and a place where you can find westerners in hoards was the site of a car bomb attack. It did not stop there as in 2005, the island, again got wrecked by additional bomb blasts.  Tourists were the primary target and this could easily be adjudged by the fact that the blasts took place at tourist hotspots like nightclubs and restaurants.

The island’ security agencies have since than made many efforts to ensure tourist safety and hence since 2005, except for some minor incidents, Bali has been relatively untouched by problems. The place though is poor and that is why one is never out of the prying eyes of people who can strip your pockets. A sensible advice hence is take a good hotel when you travel (check tripadvisor ratings, we stayed herehttp://www.tripadvisor.in/Hotel_Review-g297697-d307575-Reviews-Bali_Dynasty_Resort-Kuta_Bali.html) and keep cash and valuables in the safety locker box of the room.

Although the Balinese believe very strongly in Karma still it is good if you avoid under populated and silent lanes after dark. Wear least amount of jewellery and do not invite prying eyes by flaunting wealth in the poor place.

Drugs again should be a no-no while being there. Like all nations on that part of the globe, Bali also has very severe penalties against illegal drugs. Western tourists often get arrested on these counts. Always remember when you travel abroad, you are your country’s unofficial brand ambassador and anything untoward you do, reflects poorly on India, hence try to refrain. Balinese respect Indians a lot and there is a sense of brotherhood so try only improving it. Statutory Warning: A lot of the drug peddlers might be undercover police.

Lastly, do not drink the normal water available, buy bottled water only. The local water in the island ain’t treated and is hence not safe. Try using mineral water for brushing teeth too. Mineral water is not very expensive and use it for everything.

For to do activities in Bali wait for my next post.

The Boston Marathon blasts have taken many by surprise, but what one should marvel at is the fact that few sports events have been hit, says Jaideep Ghosh

Terrorism in sports isn’t as new as many are making it out to be. The 1972 Munich Olympics, which saw the Israeli contingent being decimated after being taken hostage, sowed the seeds of violence in sport. What is dismaying is that some of our NewGen have either forgotten, or are completely ignorant of, this episode. And the worst thing you can do with terrorism or war is to forget. 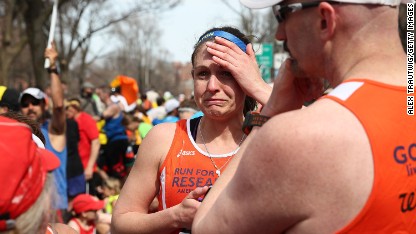 So when the blast happened, the initial reactions were shock and sadness, even anger, but not surprise. On the contrary, the thought that cropped up immediately was that it wasn’t a matter of ‘if’, but ‘when’ the next sporting event would be struck.

After Munich, there was the blast during the Atlanta Games. Cricket has had its own share of episodes, with the New Zealand side being within feeling distance of at least two blasts, in Colombo and Karachi. These explosions weren’t targeting them, but bullets or shrapnel do not distinguish who they destroy.

All of that was topped up by the shooting incident in Lahore, where the Sri Lankan team were right in the middle of it and it was a miracle that there were no fatalities. There are a few other incidents, but thankfully not as many as you’d think.

One needs to be thankful that these episodes have been few and far between. Given the magnitude of these events, the likes of Olympics or football World Cups, the sheer number of people coming from all walks of life, is a security exercise of mind-boggling proportions.

Added to that is the issue of the city of country’s image. If one were to be too stringent about vetting who would or wouldn’t come into the event, there would definitely be many cases which should be allowed to travel. That would automatically lead to negative publicity, which no one wants.

Take for example the 1996 cricket World Cup. Several countries, including Australia and the West Indies, refused to go to Sri Lanka and play, citing the political situation and terrorism. India and Pakistan then went and played a ‘solidarity’ match in Colombo. It was portrayed as an ‘us’ against ‘them’ duel.

But what if that said solidarity match became a target for terrorists? Political games aside, the fact that such events are so susceptible to strikes is something that is pushed under the carpet, for sheer political mileage and monetary gains.

Boston was ugly, but it re-emphasises the truth that sports events can be hit with much more ease than anything else, specifically since no one thinks they will be targeted. But since when do terrorists think like that?

The sad truth is that while we commiserate with those affected, one now has to begin to think like a terrorist. Cynical yes, but I can live with being a cynic, alive, than a dead liberal.