A short story by Joybrato Dutta

Her closed eyes revealed my deceit. Her sealed lips gave testimony to my crime. Her still body made my heart pound faster, as she lay naked, beside me in a motel room. This wasn’t an act of love, nor of lust. It was vengeance, served on the rocks.

The clock struck 12:05 AM. 2013 had begun. Humans survived the scare of 2012, but humanity had ended six months ago when she dumped my best friend. 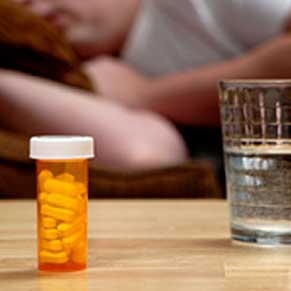 I was on my way home when I got a call from the hospital. The voice on the other end said Rohan had tried to commit suicide. He took an overdose of sleeping pills. The guy who complained about my smoking and drinking habits had figured out a way to outrun me in the race towards death.

He was in the ICU, but thankfully the doctor said he would survive. Doctors are bad storytellers. They are so engrossed in making us look at the brighter side that they don’t delve into the factors that led to the calamity. But I desperately needed answers. Just then I saw Rohan’s sister running towards me. She hugged me and wept profusely. Even before I could ask, she narrated the entire story. Shreya had dumped Rohan the night before. That’s not all, she spread the word that she did so because Rohan was a pervert and all he wanted was sex. Apparently she was a woman who didn’t believe in premarital sex. A principle I would otherwise respect, but sounds crap when stated by a woman who had the reputation of being a floozy.

And now she lay before me. Sleeping so peacefully. No trace of remorse. I wish I could wake her up and scream in her ears that perverts don’t try to commit suicide because they couldn’t sleep with one particular woman. Perverts don’t turn addicts when they get dumped. But, in a few hours she would learn the true definition of pervert and to the extent a pervert can go to get what he wants.

The effect of Roofies would last a few more hours. That foolish bitch shouldn’t have agreed to meet me. I told her I wanted to discuss Rohan’s condition. She bought it. Spiking her drink was easy. Waiting for her to wake up is the difficult part.

I walked up to a pile of dvds between which I had neatly placed a camera. Roman Polanski, a filmmaker whose movies often portrayed the immorality of a woman.   Wouldn’t he be proud of me if he knew I had used his movie’s dvd to hide the camera. Today I had fulfilled a promise I made to myself six months back. I avenged Rohan’s degradation before the end of 2012.

I loitered across the room but my gaze never left her face. Just then I chanced upon her purse. I ended 2012 by fulfilling my resolution and now I had the opportunity to discover the sacred ingredients of a woman’s purse. In the realm of beauty products I found a piece of paper neatly folded. It was her medical report. Six months back she had tested positive for AIDS.