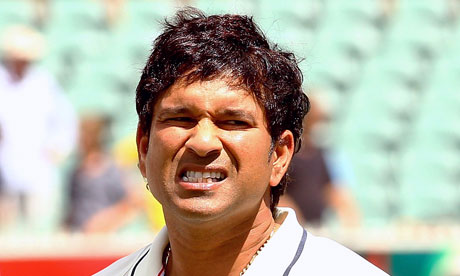 A spider and its climb tirelessly inspired a king to fight again. Victory was still not guaranteed but the fear of failure did not act as a deterrent to the man’s attempts. Great warriors have died in the lamest fashion, but none are remembered for their end, history still talks about their life and their efforts to conquer the world.

Tomorrow modern age heroes will adorn pages in different textbooks, they will inspire generations, but for many they will just remain a reference point. Nothing more and nothing less.

Yet for some bizarre reason we still want to cling on to a few of them forever. Why are we not ready to come to terms with the fact that ‘All good things come to an end”. Is it our insecurities or is it the fear that we do not have too many people who will inspire us again?

I guess its a bit of both worlds. The few good men, who have entertained us, given us a ray of hope, have made us believe in ourselves, in the process have learnt nothing but that. Shahrukh Khan has said it umpteen numbers of times that his biggest fear is that ‘one day he will get up and the arc lights wont be around’. He still is in a profession where his fans can get entertained at 70. But what about heroes who play on the field? How can they entertain us till death separates the genius and its soul?

The bitter reality is that they cant. Beyond a point defying age is stupid. Yet the fans that want to see Sachin Ramesh Tendulkar bat again outnumbers the critics who don’t. So what does he do now?

Imagine how tough it must be for the man itself to think of hanging the boots if its so tough for the fans. There is a entire generation for whom cricket has started and ends with Sachin Ramesh Tendulkar.

Few good men like him can adorn roles of mentors or coaches or teachers, but the reality is great sport stars make very average coaches. So how will the man entertain us? The answer is he wont. Once he walks back to that dressing room one final time, an era will be over.
Maybe the time has come, yes the BCCI has possibly squeezed in one tour before the SA series, maybe money was their priority, but then for once fans like me are not complaining. Maybe it will be his last test, maybe in bradmanesque fashion he will end his career, but that one chant ‘Sachiiiiin Sachiiiiin’ will reverberate through the roof of Wankhede this November.

Bruce triumphed, his failures are stories of folklore, warriors won, their battles are part of history, sport stars have fallen, lost, yet the only stories that are remembered is the number of hearts they have won.

His recent failures, have given a chance to his cynics to prove that he is Human not God, his fans knew that long back, its just that GODS were made by action and deeds and Sachin Ramesh Tendulkar falls in the same category. One part in me and possibly many others will go numb when he will be gone. But till then let’s savor each run the legend scores as possibly even we know that the time is up.