True to the title, The Story of an Hour is a story of one hour in the life of the protagonist, Louise Mallard, who is ‘happily married’. When she hears about the death of her husband her immediate reaction is remorse. However, a while later, she feels ecstatic on being free! Mrs. Mallard cries with abandon instead of being paralysed with shock at the misfortune. While she withdraws to her personal space to reflect on her future life, a realization dawns on her which makes her cry out “free, free….Free! Body and soul free!” Ironically, she dies on seeing her husband alive and unhurt by the train accident.

The simple words of Mrs. Mallard allude to her subjugated status. The experience of ecstasy at being liberated from what seems to be an agreeable marriage is the crux of the story. Mrs. Mallard’s situation is not an isolated incident of repression in the lives of the so-called ‘happily married’ couples. The significant sentences which convey the rigid patriarchal domination and Mrs. Mallard’s subsequent relief at her husband’s demise were, “There would be no powerful will bending hers in a blind persistence with which men and women believe they have a right to impose a private will upon a fellow-creature. A kind intention or a cruel intention made the act seem no less a crime….” 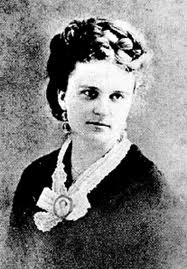 marriage and her realization of her zest for freedom is commendable. Mrs. Mallard’s first name being revealed only towards the end of the story is significant since it shows the subsumption of the wife’s identity in her husband’s. Ironically, the protagonist experiences tragedy and liberty at the same time. But the real irony and paradox lies in the doctor’s comment of “a joy that kills” at the death of Mrs. Mallard.

A hardcore feminist, Chopin’s intention behind writing the story seems to be to emphasize the damaging results of the battle between the sexes. The subtle expressions, metaphors and paradoxes combined with the economy of words add to the impact of the story.